12 Children’s Books that Celebrate America and its People These recommendations from DC Public Library will inspire family conversations about history, politics and civil rights 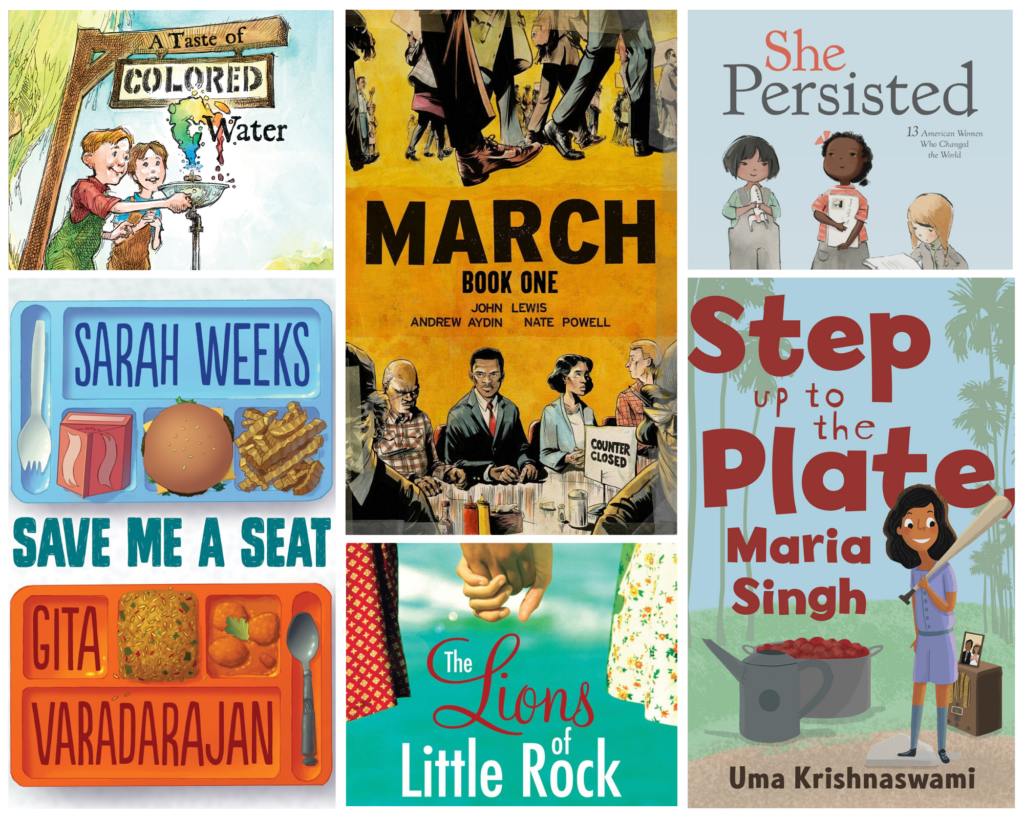 Reading books about different American experiences and the individuals and events that have shaped the nation is a great way to spark family discussions about history, politics and civil rights. Here, Margarette Snow, children’s librarian at DC Public Library, shares 12 children’s books that celebrate America and its people that are sure to get your kids thinking and talking about our country’s past, present and future.

‘Pink and Say’
Written and illustrated by Patricia Polacco
Say Curtis describes his meeting with Pinkus Aylee, a Black soldier, during the Civil War, and their capture by Southern troops. Based on a true story about the author’s great-great-grandfather. 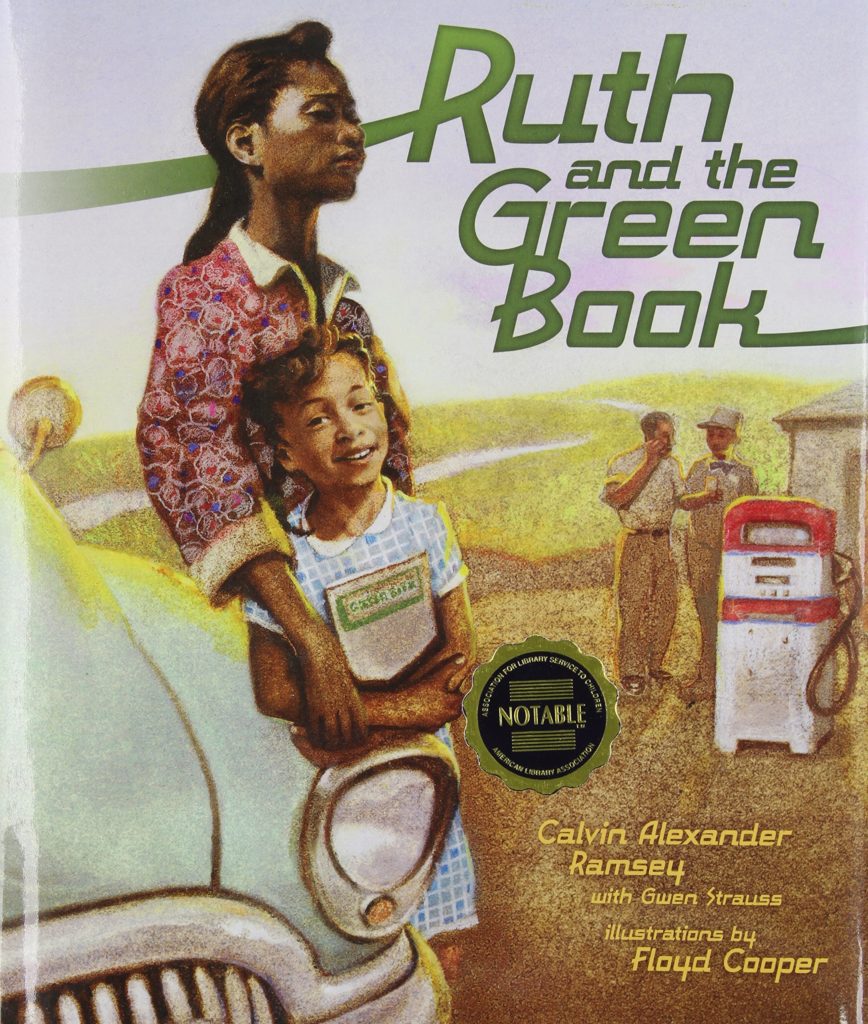 ‘Ruth and the Green Book’
Written by Calvin A. Ramsey with Gwen Strauss, illustrated by Floyd Cooper
When Ruth and her parents drive from Chicago to Alabama in the early 1950s to visit her grandma, they rely on a pamphlet called “The Negro Motorist Green Book” to find places that will serve Black travelers like themselves.

‘A Taste of Colored Water’
Written and illustrated by Matt Faulkner
LuLu and Jelly are very excited to see the “colored” water they heard about in the city’s water fountain but are very surprised to learn what “colored” water actually means. 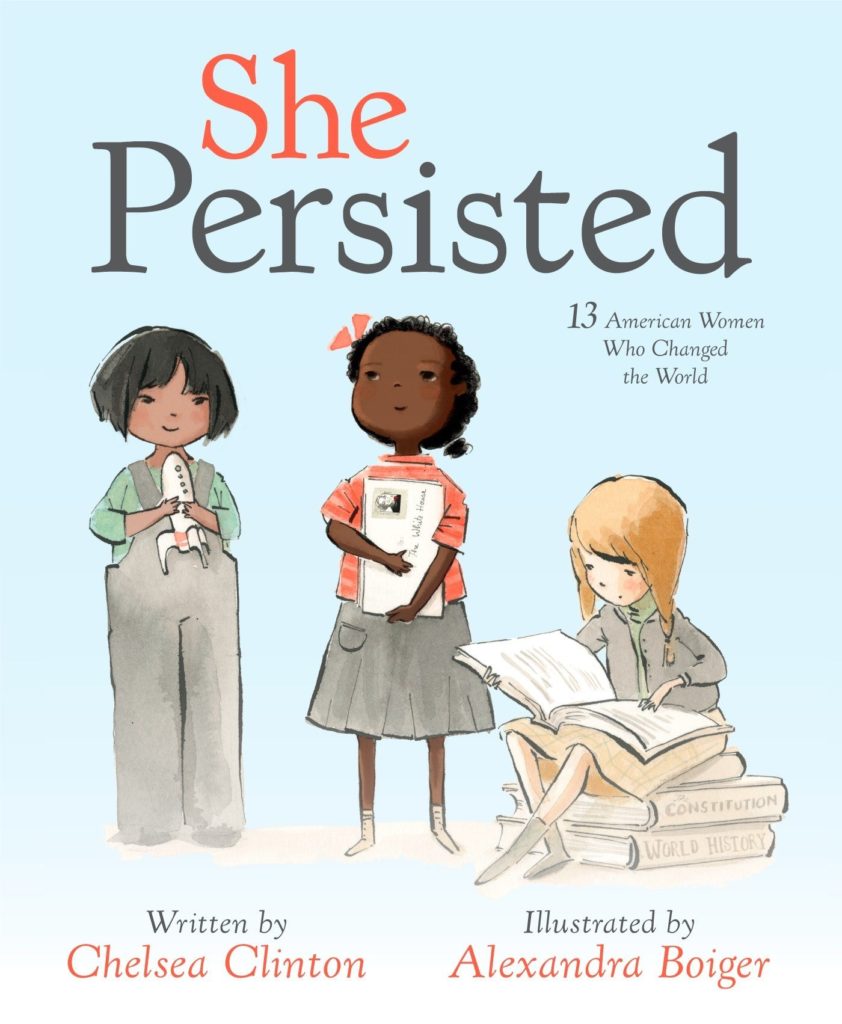 ‘She Persisted: 13 American Women Who Changed the World’
Written by Chelsea Clinton, illustrated by Alexandra Boiger
A nonfiction picture book compilation of the stories of 13 American women who persisted in overcoming obstacles and changing the world, including Harriet Tubman, Ruby Bridges, Sally Ride and Sonia Sotomayor.

‘Lillian’s Right to Vote: A Celebration of the Voting Rights Act of 1965’
Written by Jonah Winter, illustrated by Shane W. Evans
As an elderly woman, Lillian recalls how her great-great-grandparents were sold as slaves in front of a courthouse where only rich white men were allowed to vote and the long fight that led to her right—and determination—to cast her ballot when the Voting Rights Act was passed.

‘Step Up to the Plate, Maria Singh’
Written by Uma Krishnaswami
During World War II, nine-year-old Maria Singh learns to play softball just like her heroes in the All-American Girls’ League at a time when her parents are experiencing racism and trying to keep their California farm.

‘The Misadventures of the Family Fletcher’
Written by Dana Alison Levy
Follow the adventures of a family with two fathers, four adopted boys and a variety of pets as they make their way through a school year, kindergarten through sixth grade, and deal with a grumpy new neighbor who complains about everything. 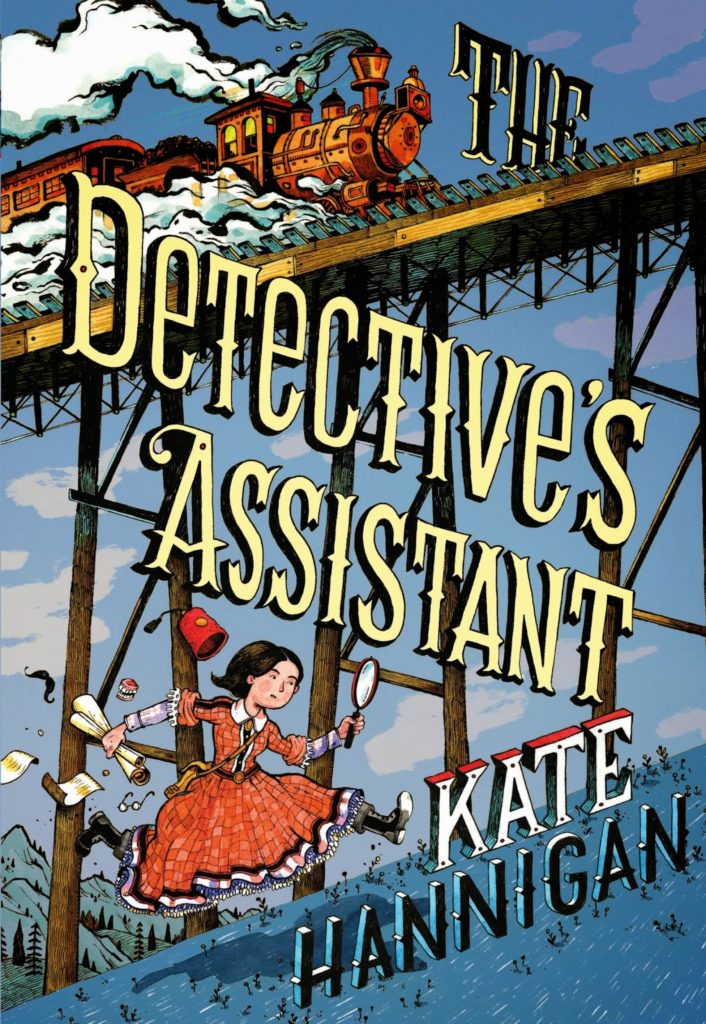 Written by Sarah Weeks and Gita Varadarajan
Ravi has just moved to the United States from India and has always been at the top of his class; Joe has lived in the same town his whole life and has learning challenges. But when their lives intersect in the first week of fifth grade, they are brought together by a common enemy (the biggest bully in their class) and the need to take control of their lives.

‘The Detective’s Assistant’
Written by Kate Hannigan
In 1859, 11-year-old Nell goes to live with her aunt, Kate Warne, the first female detective for Pinkerton’s National Detective Agency. Nell helps her aunt solve cases, including a mystery surrounding Abraham Lincoln and the mystery of what happened to Nell’s own father.

‘The Lions of Little Rock’
Written by Kristin Levine
In 1958 Little Rock, Arkansas, painfully shy 12-year-old Marlee sees her city and family divided over school integration, but her friendship with Liz, a new student, helps her find her voice and fight against racism.

‘March: Book One’
Written by John Lewis and Andrew Aydin, illustrated by Nate Powell
The first in trilogy, this graphic novel chronicles Congressman John Lewis’s life and his involvement in the civil rights movement, from his childhood on an Alabama farm to lunch counter sit-ins in Nashville department stores.

‘Steal this Country: A Handbook for Resistance, Persistence, and Fixing Almost Everything’
Written by Alexandra Styron
A guide for kid activists, “Steal this Country” features a collection of essays, profiles and interviews about what needs fixing in the world as well the practical tools for effecting change. Key issues include climate change, racial justice, women’s rights, LGBTQIA rights and immigration.

Washington FAMILY is written by parents like you. Want to contribute? Send a story pitch or personal essay to [email protected]
Previous We Tried It: Roer’s Zoofari During COVID-19
Next My Wild Girl