Do you remember your first experience with real science? The thrill when something you built yourself actually worked? Can you recall a teacher that made a difference for you that changed your life? Simple things you can do at home let you explore the world of science and experience the thrill of discovery.

We’re going to create the fourth state of matter in your microwave using food. (Note – this is NOT the kind of plasma doctors talk about that’s associated with blood.) Plasma is what happens when you add enough energy (often in the form of raising the temperature) to a gas so that the electrons break free and start zinging around on their own.  Since electrons have a negative charge, having a bunch of free-riding electrons causes the gas to become electrically charged. This gives some cool properties to the gas, like the ability to conduct electricity and also to glow (give off light). Anytime you have charged particles (like naked electrons) off on their own, they are referred to by scientists as ions.

To start, watch the video for this experiment at: www.SuperchargedScience.com/scienceguide.htm Access code: FMWA

Be careful with this!! This experiment uses a knife AND a microwave, so you’re playing with things that slice and gets things hot.

1. Carefully cut the grape almost in half. You want to leave a bit of skin connecting the two halves.

2. Open the grape like a book, so that the two halves are next to one another still attached by the skin.

3. Put the grape into the microwave with the outside part of the grape facing down and the inside part facing up.

4. Close the door and set the microwave for ten seconds. Dim the lights in the room. Press start. You should see a bluish or yellowish light coming from the middle section of the grape. This is plasma! Be careful not to overcook the grape as it will smoke and stink. Also, make sure the grape has time to cool before taking it out of the microwave.

Other places you can find plasma include neon signs, fluorescent lights, plasma globes, and small plasma traces in a flame.

What’s Going On? The microwave cooks your dinner by shooting light beams at the food. These light beams are specially tuned to increase the energy of the water molecules inside your food. Grapes are made mostly with juice that conducts electricity (think of how salt water conducts electricity). The grape halves are like little cups full of this conductive juice connected by a tiny bridge (the part that you didn‘t cut all the way through).  When you hit the ON button on the microwave, the energy being shot at your grape moves the electrolytes across the bridge very quickly, which heats up the bridge until it bursts into flame. The electrons traveling through the flame zip across, mix with the air and a burst of bright plasma shoots up. If you watch carefully, you will see two flames, not one.

Everything is matter. (Well, except for energy, but that‘s everything else.) Everything you can touch and feel is matter. It is made up of solid (kind of) atoms that combine and form in different ways to create light poles, swimming pools, poodles, Jello and even the smell coming from your pizza.

Traditionally, there have been three states of matter. State of matter means the way the atoms tend to hang out together. Not to be confused with a state like Utah, Wyoming, or confusion. The three states are solids, liquids and gases. However, leave it up to a science teacher to tell you that that‘s not the whole story.

There are two more states of matter. They are plasma and (are you ready for this next one?) the Bose-Einstein condensate. These two states of matter are both pretty uncommon on Earth.

Believe it or not, plasma makes up a very large percentage of the matter in the universe. Are you wondering how come you‘ve never heard of it before? (By the way, blood plasma is different from this stuff, and a good thing too!)

Well, there is very little of it on Earth and the plasma that is here is very short lived or stuck in a tube. Plasma is basically ionized gas, or in other words it is gas that is electrically charged. The stuff in florescent light bulbs is plasma. Plasma TV‘s have plasma (go figure) inside of them. Lightning and sparks are actually plasma!

1. Does it matter where the grape is located inside your microwave?

2. What happens if you put two grapes in?

4. Does the power setting matter?

5. How does a microwave heat your food?

Since 1996, Aurora Lipper has been helping families learn science. As a pilot, astronomer, mechanical engineer and university instructor, Aurora forms the bridge between the scientific and educational worlds. She specializes in getting kids crazy-wild about science and helping parents launch their kids into their full potential. To get your hands on more zany, fun science experiments visit http://SuperchargedScience.com/scienceguide.htm. The Homeschool Science Activity Manual & Guide& Video Guide is a collection of quick and inexpensive science experiments.

For other cool science experiments try these:

The Science of Slime

The Science of Ice Cream

The Children’s Museum of Northern Virginia 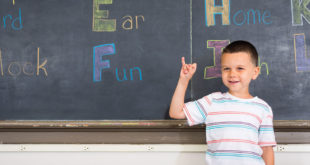