Smiling on the Inside: Living with Moebius Syndrome

Pediatric neurologist Carl E. Stafstrom remembers his first experience with Moebius syndrome was with a child’s mother. She had the tell-tale signs: a drooping face, eyes that could not glance to the side—and, most importantly, she couldn’t smile.

Without such a simple means of communication we often take for granted, he couldn’t help but wonder what challenges she might have faced as a single parent.

“How do you teach your little one normal social emotions and interactions when you can’t express it on your face?” he says.

Since then, Stafstrom, director of the John M. Freeman Pediatric Epilepsy Center for Johns Hopkins Medicine and director of the Division of Pediatric Neurology, has had two patients with Moebius syndrome—a rare, congenital craniofacial condition occurring in only two to 20 cases per million births.

One of his missions is raising more awareness.

He joins doctors in Washington, D.C. and Philadelphia, along with two members of the Moebius Syndrome Foundation, to describe what Moebius syndrome is and how it affects children.

What’s in a smile?

Moebius syndrome is recognized by patients’ inability to form most facial expressions or turn their eyes outward toward the side of the face.

“They can’t smile; they can’t frown. They can’t close their eyes; they can’t raise their eyebrows,” says Hollis Chaney, a pulmonologist at Children’s National Hospital, who is also on the scientific advisory committee for the foundation.

Under-formed or malformed nuclei of cranial nerves 6 and 7 are the source, not the muscles, says Stafstrom.

Although facial movement is the main marker, Moebius syndrome manifests itself in different ways, including crossed eyes, club feet, webbed fingers and developmental delays or disorders such as autism.

The most severe challenges for Moebius syndrome patients come when they’re infants. Some can have trouble breathing or swallowing. As a pulmonologist, Chaney says she has seen food end up in the lungs, which can cause pneumonia.

But once they are past that hurdle, most patients can compensate for speech and movement issues through therapies.

Licht lives in Silver Spring with his 19-year-old daughter, Miriam. Through therapy, she learned how to say P’s and B’s without using her lips.

“The milestones in your kid’s life become different,” her father says, noting that using a straw was a big one.

Despite some adjustments, his daughter has still been able to live a relatively normal life—much like her twin sister, who does not have Moebius syndrome. She loves playing hockey for her special needs team and is part of Friendship Circle, an organization which connects Jewish teens to teens with disabilities.

With any rare condition, community can be an invaluable resource for not feeling alone.

“The psychological aspects of growing up and living in the world without being able to make facial expressions is really pretty profound,” Stafstrom says.

Bullying can start around age 8 or 9, says Scott Bartlett, director of the craniofacial program at Children’s Hospital of Philadelphia (CHOP). Stafstrom adds that discrimination can result for patients getting jobs or promotions.

When Licht first attended a foundation conference and saw at least 100 people present who had Moebius syndrome, he knew he’d found a community. “That’s what the foundation has given us,” he says.

Rebecca Maher, secretary for the foundation’s board of directors, recalls that within five minutes of reaching out to a woman in her area, they were texting for hours. She only later found out what a critical resource she had been—the woman had just learned her child’s diagnosis in the NICU.

Maher says two known causes of Moebius syndrome are a vascular event in utero or use of Misoprostol, a medicine used to stimulate contractions or induce abortions, but research is still being done on genetic origins.

As of now, there is no cure for the facial weakness, but surgeries have been able to offer individuals some hope.

Eye surgery to uncross her daughter’s eyes when she was 8 months old made all the difference in her development, Maher says, because her child could better process her surroundings.

Bartlett, also an attending surgeon in the Division of Plastic and Reconstructive Surgery at CHOP, says one type of surgery can transfer temple or leg muscles (and their nerve supplies) to the face, but its effectiveness has its limitations.

“A smile itself around the corner of a mouth … there are probably six or seven different muscles,” he says. “When you do reconstruction, you’re basically putting (in) a single muscle pulling (in) a single direction.”

It can also be hard to retrain a muscle when someone becomes older and loses some degree of neuroplasticity, he says.

When it comes down to it, however, some patients might not see surgery as necessary for living a fulfilling life with Moebius syndrome. Miriam Licht is one of them.

“We decided very early on that we were going to put this in her hands,” her dad Jacob says. 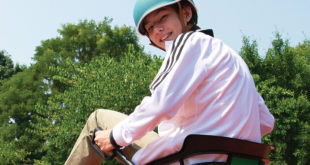 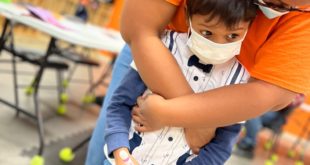 Supporting Mental and Emotional Health of Campers As DMV camps enter third year of pandemic, it's more important than ever

Should I Worry About My Child Getting Head Lice? How to prevent and treat infestations this winter 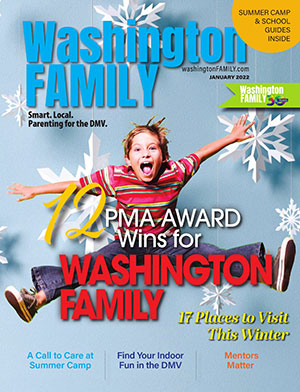