I have three kids, and I read to them separately at bedtime. I know this isn’t efficient and drags out the process, but I like spending time with them one-on-one right before they sleep. I also like that at the end of their day they don’t have to compromise yet again with a sibling: they can simply choose whatever book it is they want me to read to them.

But you know it’s a good book when another sibling hears the title and comes running in, begging, “Can I please listen, too?”

That’s what happened the other night when I pulled out Hockey Hero by Zachary Hyman, illustrated by Zachary Pullen. My youngest son chose it, but my sports-obsessed older son was very pleased to be a part of the reading.

The story is about 8-year-old Tommy Toomay, the youngest boy in a family steeped for many generations in all things hockey. Tommy is an awkward child; he is small, has a stutter, and despite loving hockey, he doesn’t dare go out for the team. He opts instead to play hockey on a tucked-away frozen pond with his grandfather, who once won the Stanley Cup himself.

Tommy’s big brother Billy’s team wins the league final and is now out to win the city championship. While Billy takes to the ice to warm up, Tommy finds a seat in the stands, eager to watch and keep score. As he sits, some local kids tease him for his stutter and throw popcorn at him.

As the game progresses, Billy’s team trails the other team by just a point, but they get into trouble. There are too many players in the penalty box, and they need another player or they’ll have to forfeit the game! The coach skates over and asks Tommy to suit up. Tommy’s grandfather gives him a pep talk, helps him get into his uniform and sends him out on the ice.

Tommy is deathly afraid, but his big brother tells everyone he’s the team’s biggest secret power house. The crowd starts chanting “Tom-my! Tom-my! Tom-my!” His mother blows him a kiss from the stands. (Embarrassing!) Tommy’s teeth are chattering he’s so nervous, but he takes a deep breath and looks the huge, tough enemy player in the eye.

With just enough picture book magic, Tommy ends up having a blazing-fast swing that sends the puck flying into the net not once but twice. Billy’s team edges out victory in the final moments of the game, and Tommy is the hero!

This is a feel-good, fast-paced book that hooked my two boys from the very first page. They wondered, “Is this a true story, Mom?” Though it isn’t, it reads like it is – like you’re in the stands watching all the action, hoping the little underdog comes out a hero.

And when he does, it’s quite possible you’ll cheer while tucked in bed beside your two boys in their bedroom in the middle of Northern Virginia, far from the serious hockey towns of Canada. I know I did!

I Would Purchase for My Child: Yes

I Would Purchase as a Gift: Yes

Kate Schwarz is a full-time mom and wife living in Great Falls, VA. In addition to being a reader to her three small children, Kate is a writer, distance runner, Crossfitter and blogger of raising kids with books at www.katesbookery.blogspot.com. 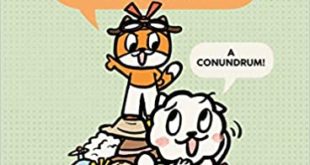 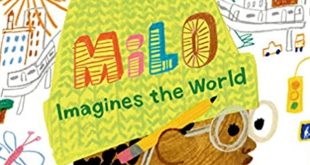 Art Is Powerful Books Inspire Readers To Unleash Their Creativity