A Second Child Has a Mom Questioning Her Parenting Skills

Awesome mom. That’s me. At least that’s what my wife tells me repeatedly. The title was earned. I’ve been washing and changing diapers since I was 8 or 9. Ask the mothers whose children have been under my care. Ask friends, they’ll tell you, I’m pretty good at what I do. They say I make parenting look effortless. Before you think I’m completely egotistical and a self-proclaimed motherhood know-it-all, here’s the truth — we all do our best at parenthood, and we all do it differently.

My oldest brother allowed his 5-year-old daughter to sleep in his bed, and I couldn’t believe that one of my next-door neighbors permitted the same of their kindergartener. I also shook my head when I found out how much screen time my friends’ toddlers and kids received. And don’t even get me started on kids who hit others, including adults, or kids who talk back to their parents without any ramification. Uh-uh. Nope, that does not fly with me. I’m the boss. I’m the boss with my kids, my friends’ kids, even strangers’ kids. If I see something I don’t like with a little one, I say something. This is my game.

At least it was, until Child No. 2 came along, Leah Margaret Flores, otherwise known as Nut or Nutty McNutterson.

People say the second child is crazier, more brazen and doesn’t follow the rules. Is it that the second child doesn’t follow the rules or that the rules no longer apply because parents have more knowledge about parenting? Or maybe it’s because after the first child, parents don’t care anymore. We’re too exhausted; we have other battles to worry about; who cares, right? Regardless of the reason, Leah’s nickname was supposed to be Scout or Turtle, literary references to two of my and Jen’s favorite female characters, but Leah had other ideas in store for us.

First of all, Leah waited five days past her due date to make her arrival and when she did, she hurried into this world so quickly that Jen couldn’t even get an epidural. I literally thought Jen was going to die giving birth to this child. She didn’t, thank God. From the moment she exited the womb, actually even in utero, Leah kicked and kicked and kicked. Leah is a mover and a shaker.

When she was 4 months old, I gently and often told Jen that Leah couldn’t be left anywhere unattended because she moved so much. Her strength and need for physical activity far exceeded our son Danny’s. Danny didn’t really gain strength or speed until he was 3, maybe even 3½. But Leah, man, the kid doesn’t stop moving. She makes Danny cry and can make an entire room fill with laughter. The kid’s got game, and she changed mine.

Cloth diapering? Gone. Didn’t last with this kid. Pureeing baby food? Meh, haven’t really done it with Leah. My mother-in-law and Jen have taken charge of that this time around. I can do it, I just haven’t. Why? I don’t know. Kids sleeping in my bed? Yeah, two of them. Let me repeat that in case you missed it, two kids sleep in my bed every night! You’re thinking it’s cute? Yeah, my wife Jen loves it. I don’t. I deal with it though in the 10 inches of space I’m granted on a nightly basis. Even though Leah is tiny and Danny is only 4, they take up so much space!

Oh, and TV. Danny’s screen time is limited, but Leah? Well, if one kid is watching, it’s almost impossible to get the second kid to avoid looking at the screen. Leah’s already a TV junkie. Her Uncle Phillip would be proud! And naps, what are those?

What else? How about confidence? Yes, let’s get real. Let’s go there. Leah makes me second guess myself, she makes me feel like I’m not doing the best job of parenting. I feel like I did better with Danny. I know I did better with Danny. You know how I know? I didn’t put Danny in a Bumbo seat and leave him on a counter while I washed the dishes. Oh wait, maybe I did, but Danny didn’t move so it didn’t matter as much. Leah though? I did that with her and guess what? She wiggled her way out of that Bumbo seat and fell three feet off the kitchen counter and landed head first onto our wooden floor! Yep, that’s the worst part so far. Proof that I suck, too. I did that to my then-6-month-old daughter. Six months!

Lucas, my former babysitting charge, was a lovable and on-the-move maniac, yet I never had to take him to the ER. Leah was the first kid I had to take, and when I got to the hospital, I had to repeat the humiliating story to receptionists, triage nurses, doctors, nurses, residents, attendings, family members, friends and now strangers. It was stupid. I knew better. I even told myself that I shouldn’t leave her in the Bumbo. But instead of listening to that inner voice, I turned my back and continued washing dishes.

After hearing the story, a friend asked his wife, “What was April thinking?” His wife said something to the extent of “I’m sure she was thinking about cooking dinner or worrying about the other kids. Maybe she wasn’t thinking because she was busy or just had something else on her mind.”

I couldn’t have said it better myself. We all have so many things to worry about throughout a day, whether it’s related to a child or not. Our minds are grinding constantly, and we are never going to make all the right decisions for our kids. We will make mistakes. Even badass moms such as me aren’t flawless. We are stupid, too.

Whether you’re a struggling parent or a kickass parent, you’re doing your best. So never mind what anyone else is doing because chances are that they’ve screwed up, too. You just might not know it yet. We all struggle, we all fail, and we all want to cry and pull our hair out at times.

We also all celebrate our children, we all want the best for our children, and we all do what works for us and our families because we love our children. We just have to hope that our babies don’t go head first too many times during the process.

April Flores is a mother of two and former teacher. Her blog “This Mama” earned a gold award from the Parenting Media Association this year. 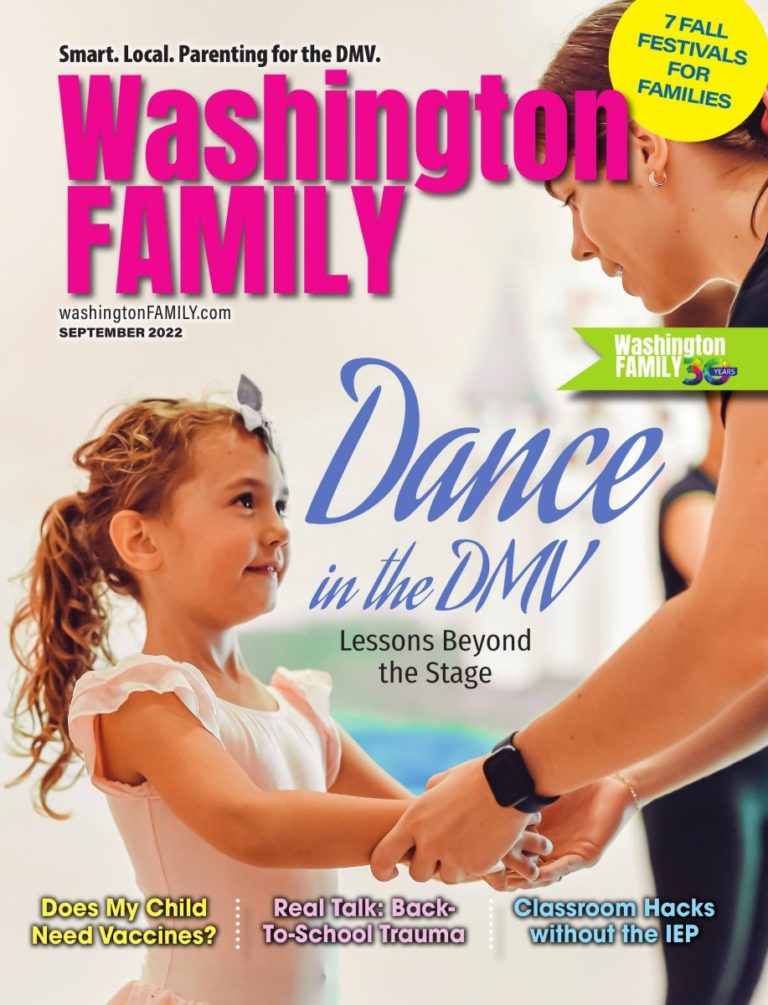