The doors opened at 6 for Canton Ace Hardware’s 6th Annual Ladies’ Night. But Monica Baker and Betsy Laucks, both of Upper Fells Point, arrived at 4:40 to be the first in a line of 100 eager shoppers. Nearly all were women, with a stray male or two trying not to look self-conscious, set to get the nuts and bolts needed for their home-repair projects and one of the event’s famous swag bags. Party in a hardware store! How could this be anything but a good time? The community-focused event featured special sales, repair demonstrations and appetizers from local eateries such as Alma Cocina Latina and the restaurant group behind Raw Bar, Barcocina and Bond Street Social.

Baker, who has the enviable day job of wine seller, had never been to the event but had heard plenty about it. She had two practical reasons for arriving early: She heard that the first 10 people in line received a special repair kit, something she reasoned she really needed for the house she bought just this past March. Plus, “I don’t do crowds or lines,” she says, so an early arrival would allow her to get in, get what she needed and get home.

Laucks, a marketing coordinator, is a huge fan of Canton Ace Hardware. “I’m here every week,” she says. “I love the place.”

She is a particular fan of the hardware store’s cat, Stanley. And she is replacing the railing on her roof deck. “I’m trying to be a Rosie,” she says, referring to the World War II riveter and ultimate symbol of feminine DIY.

The crowd was mostly millennial; some shopped with leashed dogs; another had a sleeping baby strapped to her; still, others had lists. One woman patiently navigated a shopping cart through the line of customers waiting for appetizers. “I have six gallons of paint coming,” she says. “So not a lot of options.” In all, 400 people signed up online for the event, before the store cut off registration.
Not far from the row of toggles, washers and thumbtacks, a station was set up where shoppers could practice drilling anchors into a wall. It was one of many similar stations throughout the store.

“The intent is to teach women real DIY skills,” says Courtney Belew, senior manager of marketing and community engagement. “Anyone can do these things themselves, if they have the right advice.”

The Canton store is one of 11 Ace Hardware stores owned by Washington, D.C.- based Gina Schaefer, who owns stores in Waverly and Federal Hill, along with six stores in D.C., one in Alexandria, Virginia and one in Takoma Park. The Federal Hill store also held a Ladies’ Night in October. The other aim of these evenings is community engagement, Belew says.  “We try to make it as much about the community as it is about a really big sale.”

R.J. Batts, a 17-year-old senior at Parkside High School in Salisbury, headed to the event right after he got out of school. Batts, who developed a finger guard called Tip Tough when he was 13, says he has enjoyed a good relationship with Ace Hardware. He has made it to five of the six Ladies’ Nights with this chain of Ace Hardware stores and this event, he predicted at the start, was not going to disappoint. “I love the constant flow of people,” he says.
1022 Binney St. acehardware.com 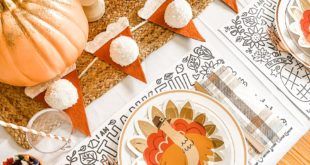 How to Create a Kids’ Thanksgiving Table 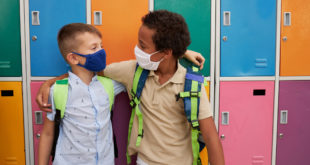