For many students in our region and across the country, the fate of their fall semester remains up in the air, thanks to the COVID-19 pandemic. Nearly every local school system has a team in place to evaluate options for in-person and online instruction, but many administrators agree that it’s too early to know yet what school will look like in the fall.

That includes making sure local and state regulations are followed, along with best practices for public health.

Some colleges, too, are holding out until they have more information.

“I’m still waiting for Johns Hopkins to declare whether next semester is going to be online, in person, or hybrid,” says Smitha Mahesh, a rising senior at Johns Hopkins University. “It’s a decision that I really want them to make as soon as possible, because it’s tricky to be signing on to a lease for the fall semester. It’s a huge financial situation.”

Towson University’s (TU) administrators decided that students will return to campus a week earlier than their planned fall opening—and that leaves rising senior Kazuri Polee with a decision to make. Polee would have preferred online classes, so she’s taking some time to consider whether to stay home and take a gap year, or go back to school.

“Honestly, I don’t feel comfortable with going back to school, and their plan for the process of returning to TU is honestly very backwards,” she says. “What sense does it make when there have been no changes, but increases in the number of cases of coronavirus? Yes, people are recovering, but so many people have already died from it.”

As college students grapple with the decision to go back, local parents with younger students must decide whether to send their elementary to middle school-aged children back to school.

“So, my first option is to send them back to school. My second option is to do an online program. And my third option is to just homeschool them,” says Kari Harris, a mother of two who lives in Northern Virginia.

Harris’s son has asthma, placing him in the high-risk category for contracting COVID-19. With this on her mind, the decision to send her children back has been a difficult one.

“I’m concerned about keeping the kids safe and making sure he doesn’t get sick, which there’s really no way to completely take that risk away. So, that has me hesitant about sending him back. At least when he’s at home, I can control the risk as much as possible,” she says.

Falls Church resident Heather Pressler Barnett says that for her child, who is also in a high-risk category, the school district’s decision to have low-risk children attend school while high-risk children participate in “tele-education” is exclusionary.

“The kids that aren’t healthy enough to be at school, they have to stay at home or they should stay home. And so therefore, they aren’t allowed to be at school,” she says.

“And I get the pressure from my son … ‘Well, all my friends are going back to school and everyone’s at school, I want to be there.’ Well, no, your medical condition is going to hold you back, and we’re going to have to have you at home instead,” she says.

The trouble with online learning

For other parents, the struggles of schooling came when online education was introduced. Parents assumed the role of educator or co-educator in their child’s schooling, a role they had to juggle with work, parenting and other responsibilities. For Potomac resident Marisa Tvardek Safa, online learning also took away her daughter’s excitement and enjoyment towards school.

“And as a kindergartner, I think that asking them to sit in front of a computer on a Zoom call is probably not the best way to deal with such little children trying to learn,” she says. “So, she had a lot ofanxiety. She didn’t want to attend. She started to not like learning.”

For Barnett, there were disconnects in her son’s online learning.

“We discovered, with like only two weeks left to the school year, that there’s a whole section of material that we were not aware of was on [the school’s website]. And so he had to try to do six weeks of material in two weeks, and that was a little stressful. It’s like no one gave us a tutorial on it, the kids were kind of left to do it themselves.” she says.

—With reporting from Adora Brown, PJ Feinstein and Joy Saha

A version of this story appeared in the July issue of Washington FAMILY. 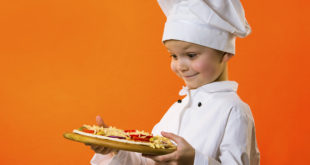 Best Kids’ Cooking and Baking Experiences in the DMV 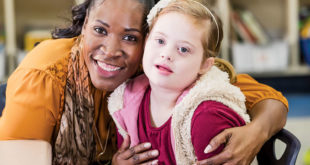