Tips for Throwing a Themed Party: Up, Up and Away!

If one of your children has a birthday coming up, build a party theme around Disney© Pixar’s new movie, “Up.” This delightful computer-animated 3-D film features the adventures of an old man named Carl and an eight-year-old wilderness explorer named Russell. Together they meet up with unexpected villains and escape wild jungle animals – all while traveling in a house floating from a bunch of helium-inflated balloons!

Invitations: Build your own floating house

Cut out house-shaped cards, decorate them to look like the party house, and write the address on the front. On the back, add the party details. Inflate a balloon with helium using a Balloon Time Helium Balloon Kit, tie the house card to the balloon with string, and hand deliver to your guests.

Decorations: Inflate the partygoers with fun

Fill the room with helium balloons but personalize them with pictures of the guests flying around the room! Photocopy their yearbook photos onto lightweight paper and cut out the faces. Cut out paper doll bodies from posterboard and glue the faces onto the bodies. Inflate a bunch of balloons with helium and tie each of the “guests” to a balloon bouquet. Then watch them float around the party!

Balloons are always a hit with kids! Play several balloon-related games and activities in keeping with the theme, to entertain the guests:

Balloon Launch. Inflate about 20 balloons with helium. Collect 20 lightweight objects, such as a sponge, an action figure, a plastic spoon and so on. Place them in the middle of the room. Divide the group into two teams and give each team 10 balloons, tied together in a bunch, with ribbon dangling. Have the teams race to choose objects from the pile and tie them onto the strings. The goal is to tie the most objects to the balloon bunch and STILL keep it floating!

Balloon Attack. Use the Balloon Time Party Create-A-Face Sticker Kit to inflate a bunch of balloons with helium and use the stickers to give each balloon its own, scary face. Tie ribbons to the balloons, short enough to make the kids jump to reach them, and let the balloons float on the ceiling. Divide into two teams. On the word, “Attack!” have one player from each team jump up and grab a balloon string, and then try to pop the balloon as quickly as possible – by sitting on it, stepping on it and so on. As soon as a player has popped a balloon, he or she must run back to the team and tap the next player in line to pop a balloon. The team that finishes popping all the balloons first wins!

Balloon Collector. Inflate 15 to 20 balloons with helium. Select a player, set a timer for two minutes, and then have the player try to hold onto as many balloons as he or she can – stuffed in a shirt, under the arms, between the legs, under the neck, and so on. At the end of two minutes, count how many balloons the player has managed to hold onto. The player with the biggest balloon total wins the game. Meanwhile, the onlookers get to enjoy the hilarious antics of each player!

Balloon Posse. Divide the group into two teams, each representing one color. Blow up enough balloons for each player to have one balloon in his or her team’s color. Set up an obstacle course in the party room or yard, with small tables, chairs, large boxes and so on. Line up teams and give one player from each team a broom and a balloon in the team color. Players must race to get their balloons through the obstacle course using only the broom. The first team to complete the race wins.

In keeping with the balloon theme, serve your guests round snacks, like cheese and crackers, and balloon-shaped sandwiches using a cookie cutter. For a balloon birthday cake, bake three round cakes, set them together to form a balloon bouquet, and frost them red, blue, and yellow. Use licorice whips as strings.

Favors: Send the guests up, up and away

Insert a small toy inside a dark-colored balloon. Inflate the balloons with helium to use as decorations at the party. When the party is over, have the kids choose a balloon and pop it to find the surprise inside!

Penny Warner has more than 25 years of experience as an author and party planner. She has published more than 50 books, including 16 specific to parties. Additionally, Warner writes a weekly newspaper column on family life, penned a column for Sesame Street Parents magazine and has appeared on several regional and national TV morning programs. Her latest book, LADIES’ NIGHT, launched in November 2008 from Adams-Media. 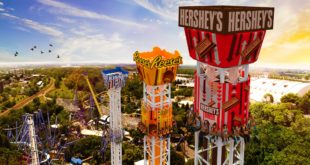 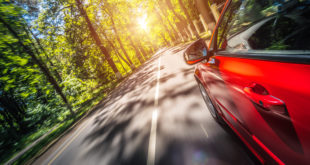 What to Know Before a Family Road Trip Tips for keeping the kids entertained, feeling good and staying safe this summer