Supporting Mental and Emotional Health of Campers As DMV camps enter third year of pandemic, it's more important than ever

When Focus Family Martial Arts Academy welcomed children back to camp last summer, staff noticed something odd. Children in kindergarten and first grade did not know how to line up, and they were not sharing toys with other campers—something typical for that age group.

In what was the first summer back at camp for many children after about 12 to 18 months, camp leadership noticed developmental delays, more emotional reactions and, in some cases, an increase in mental health needs.

“Everyone who touches the camping industry had raised the flag that mental health was on the rise,” says Havi Goldscher, CEO of Capital Camps, a Jewish overnight camp based in Rockville.

It’s hard to say what the impact on children’s mental health will be when the dust settles from the pandemic, but the summer of 2021 provided a window into what was needed: more mental health professionals, better communication with parents and grace to meet children where they are, says American Camp Association President and CEO Tom Rosenberg.

Here’s what steps local camps in the DMV took in 2021, and will continue to take, to ensure mental health is accounted for this summer.

Goldscher noticed what was different for 2021 was campers’ communication with one another.

“When you spend (a year and a half behind a screen) and all of a sudden you are in a high-intensity social situation with your peers, it takes different skills and different muscle memory to return,” she says.

This meant some camps saw children that were more emotionally reactive, or had attitudes that were not as group-focused. It takes practice with peers to develop these social emotional competencies, Rosenberg notes, which many haven’t been able to do being away from camp.

Rachel Dolan is the owner of Focus Family, a Jewish martial arts academy in Fairfax, Virginia, which runs a day camp in the summer.

To get younger campers up to speed, Dolan says, coaches just needed to take 15 or 20 minutes with them once or twice a week to talk about how to be a good friend, kindness, respect and following directions. Older campers only required a few times to smooth over interpersonal conflicts and get them talking to each other.

For Goldscher, last summer was about meeting campers where they were and not expecting them to be on track yet.

“We just really believe it’s about setting expectations up front,” Clendenin adds. If coaches meet them where they are with compassion, they adapt quickly.

There are some problems, however, that stem from more clinical issues. Trends of intensified anxiety, anorexia and suicide ideation are affecting both schools and camps, Goldscher says.

To address it, camps have invested in additional staff or training, as well as provided more connections to families’ home mental health providers virtually or over the phone.

Capital Camps had already been a leader in camper care, with specialists in place for at least two decades, but intensified its program last summer to meet demand by adding staff. Goldscher hopes to receive a Yedid Nafesh grant from the Foundation for Jewish Camp in support of mental, emotional, social, and spiritual health.

The ACA has put a greater focus on making sure camps have the capacity of mental health support staff to handle heightened needs going into 2022.

Training is available at association conferences, virtually and through external programs such as the accredited “Mental Health First Aid,” and the association is also working on developing grant-funded wellness tools for camps.

To anticipate camper and staff needs, some camps made adjustments to programming in 2021, focusing on more outdoor activities, slowing down the pace or creating intentional spaces to breathe and adjust.

“We really believe that being outdoors is great for kids’ mental health, their relational health and their physical health,” says Clendenin, noting that being pent up indoors the last two years brought them challenges.

Dolan says Focus Family was doing more outdoor field trips and hikes instead of museums and theaters, and also changed how groups were rotating so they didn’t overlap.

While some logistical changes came from the need to social distance, Goldscher says, having slower pacing and spending more time in smaller peer groups took the pressure off campers as well.

One notable change at Focus Family was the use of relaxation spaces for campers to use when things got too overwhelming. Though it’s always something the camp has offered, especially helpful for campers with autism, it was much more utilized last summer. Campers even had some group quiet times in those spaces.

“It was almost like normal life was too much for them,” Dolan says.

Dolan also added meditation to weekly sessions at camp at the recommendation of an academy teacher. It had been done in karate classes before, but never at camp.

As winter recruitment for this summer’s camp season starts, he says the focus will be on camps communicating effectively with parents and guardians on how to best meet their children’s needs.

If staff don’t receive enough information, Clendenin says, sometimes they are “discovering challenges on Tuesday that maybe we could have been better prepared for on Monday.”

Dolan says last summer she found out what campers enjoyed so she can keep things that worked, such as indoor cooking classes.

Oftentimes, parents are more anxious about camp than children are, she says, so she sends them photos in real time so they can see their child is doing well.

“I think in a lot of ways parents may have been through more than children,” Dolan adds. “A lot of them (the kids) are young enough to not really recognize what normal should be, so they don’t always feel the loss of normal they way that adults do.”

Previous Should I Worry About My Child Getting Head Lice?
Next Here’s What We’re Loving for Kids This Month 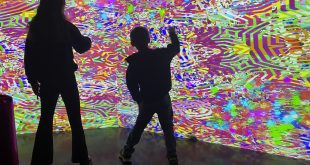