While many of us are still recovering from the holiday season, some families throughout the Washington, D.C. area are already starting to plan ahead for summer. For many families, those summer plans typically include camp. But due to the COVID-19 pandemic, the summer camp experience may look different than normal—or not happen at all—for a lot of kids across the region.

Families got a taste of those summer camp changes in 2020. While some camps closed entirely, many stayed open with COVID-19 safety measures in place. Some offered virtual camps, while others brought camps to families’ homes. And some offered a combination of camp options to meet parents’ concerns and comfort levels.

Take a look at what various summer camp programs did in 2020—and what they hope to provide in 2021.

Many area camps redesigned their programs so that they could operate in-person while still meeting state and Centers for Disease Control and Prevention guidelines. Safety measures included daily temperature checks and COVID-19 screenings for campers and staff, frequent handwashing, enhanced cleaning, smaller group sizes and mask requirements for everyone age 5 and older.

Darla Eisemann of Springfield, Virginia, sent her two boys, then 9 and 7, to their usual summer camp at Andrew Gause Martial Arts. The camp offered its regular activities with social distancing measures in place and even took field trips to a local pool before it opened to its members.

“We felt completely safe, and we have no concerns about sending the boys back in 2021,” Eisemann says.

Vanessa Page, a mom of two from Fairfax, Virginia, typically sends her 9-year-old son to full-day summer camp at George Mason University. When that camp was canceled for 2020, she sent him to a half-day camp at InCourage Martial Arts in Burke, Virginia, instead.

“I felt that they took good precautions to keep kids and families safe while still providing a fun atmosphere,” says Page. “They couldn’t do the usual trips to splash parks and fun zones, but they did go to local parks and playgrounds twice a week and made use of the grassy area nearby to get active in a socially distanced way. It provided my son with safe socialization while my husband and I worked.”

Barrie Camp in Silver Spring, Maryland, offered most of its usual activities such as swimming, sports, arts and crafts, dance and organized games. But the camp adapted its schedule to allow for longer transition times between areas, and it canceled activities that did not allow for social distancing, such as horseback riding, music, pizza days and travel programs.

“It went even better than we expected,” says Dan Hayden, director of Barrie Camp. “The kids adapted very quickly to the new rules and to keeping their masks on.”

Congressional Camp in Falls Church, Virginia, offered one six-week on-campus program, Zippy’s Mini Camp, instead of its usual 11 weeks of summer camp. Rather than allowing families to pick and choose weeks as usual, campers had to enroll for all six weeks.

“We thought that it would be safer to have the same campers come for the entire session, rather than have different kids come in and out,” explains Dan O’Neil, the camp’s director. “And we redesigned our camp program so that the campers could participate in almost all of the same activities.”

Those changes included moving many of the indoor activities to outdoor tents and limiting the capacity to 180 campers rather than the usual 700 or so each week.

Kidcreate Studio, a children’s art studio in Alexandria, Virginia, rearranged its setup so that it could open its three-hour summer camps in June. The studio provided each camper with his or her own table and art supplies instead of having a communal tables with shared supplies. It also required every staffer and camper to wear a mask even before mask-wearing was mandatory in Virginia. Owner Diane Greenbaum found that almost all of the parents were appreciative of these safety measures.

“Ninety-nine percent of them said, ‘Thank you for doing things the way you’re doing them,’” Greenbaum recalls.

Kristen Garman of Annandale, Virginia, typically sends her twin boys to full-day camp through Fairfax County nearly every week in the summer. Last year, due to the pandemic, she scaled it back to six weeks. The boys, then 8, spent two of those weeks at a neighborhood camp offered by Baroody Camps.

The Garmans teamed up with three other families the first week and two families the second week in a neighbor’s backyard.

“It helped the kids get some fresh air and exercise with their friends,” Garman says. “Of course we were worried about the virus, but we felt the benefits of camp outweighed the risks for the boys.”

Overtime Athletics, a sports-themed camp operating at various locations throughout the country (including Maryland and Virginia), also offered full-day and half-day camps at people’s homes.

And Play to Grow in Gaithersburg, Maryland, shipped the camp experience—but not the counselors—straight to families’ homes with [email protected] crates. The crates contained art supplies and materials, along with instructions and videos to help campers complete 10 to 15 activities per week.

About 100 children attended one of Congressional Camp’s virtual summer camps via Zoom in 2020. The virtual camps focused on activities such as arcade building, fashion design, engineering and more.

“Parents who weren’t comfortable sending their kids to in-person camp, who didn’t want to commit to a full six weeks, or who just needed to fill part of the day chose the virtual option,” says O’Neil.

And Sidwell Friends School, which has locations in Washington, D.C. and in Bethesda, Maryland, took their Sidwell Summer programs for grades K through 8 online. Sidwell offered three-hour camps with themes like LEGO, robotics and fashion.

As for the upcoming summer, camp directors say it’s still too early to determine exactly what they’ll be able to offer. It will all depend on where we are with the pandemic and what state and CDC guidelines will be.

“It’s tough to say right now because so much can change so quickly,” says Hayden of Barrie Camp. “But right now we’re planning for a relatively normal summer program with social distancing in place.”

O’Neil of Congressional Camp says he believes the camp will continue to run at a limited capacity, but not quite as limited as last summer. And Greenbaum of Kidcreate says she is planning for the same restrictions as last summer.

“I really hope things are fairly back to normal next summer,” she says. “But like everything else, we’ll have to wait and see.

This story originally appeared in the January 2021 issue of Washington FAMILY. 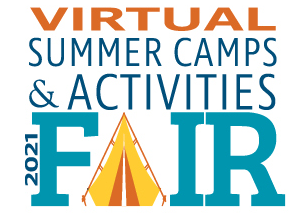 Jennifer Marino Walters is a freelance writer specializing in parenting and lifestyle topics. She is also the author of 12 books for children, with two more on the way. Jennifer lives in Burke, Virginia with her husband and three children. When she's not writing, she loves to explore the D.C. area with her family!
Previous D.C. Student’s Artwork Published in J.K. Rowling’s “The Ickabog”
Next Is Your Teen Ready to Be a CIT? 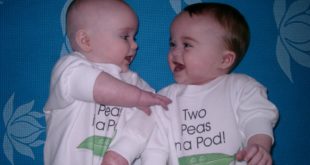