Review: Westminster’s Production of The Taming of the Shrew

Last Saturday night I experienced a “Shakespeare-gone-south- gone-50’s” rendition of “The Taming of the Shrew.” Sounds crazy, but it worked! This fun, lively and well-acted play was put on by the 12 and 13-year-olds of Westminster School’s Class of 2020.

Greeted with an enthusiastic “Enjoy the show!” by a student usher, my husband and I headed to our front row stadium seats in Westminster’s well-appointed, professionally-lit theatre. Shortly thereafter, Mr. Glover (Headmaster) announced to the crowd, “Good evening!” and the students in the audience replied, “Good evening, Mr. Glover” in a sweet, well-mannered way. He proceeded to talk about his love for music — particularly music from the 50’s. (I later discovered by referring to the program that Mr. Glover produced, directed and selected the music for the play.)

After interacting with the packed audience composed of students, parents, teachers, and friends, and making everyone laugh, Mr. Glover sat down and the show began. Opening with some peppy 50’s music, the audience happily clapped to the beat. Then came the actors, standing in front of a well-designed 50’s Nashville, Tennessee backdrop in their well-done costumes and speaking in southern accents. It was interesting to hear Shakespeare’s words in a southern accent with 50’s references.

Westminster School makes a point to include every student in their performances — the ones who enjoy drama and the ones who don’t. Because of this, there was a mixture of kids who you could tell enjoyed every moment of performing on stage, while others were going through the motions with facial expressions which said “I hope it will all be over soon.” But, interestingly enough, this didn’t detract from the performance. It added another dimension of quirkiness, which definitely worked! Everyone had their role and performed professionally. And I’m sure all of them learned a great deal from the experience, including confidence, articulation, poise and team work. It definitely takes a team to entertain an audience for three hours.

The performances of the more experienced student actors, such as those playing “Petruchio,” “Baptista” and the “Shrew,” were exceptional. They were naturals and their expressions priceless.

Beyond the acting and short breaks with 50’s music, there were other engaging elements. “Petruchio” drove a real motorcycle onto the stage — a whiff of gasoline included. There was a squirt gun fight where the girls in the front row shrieked with delight while shielding themselves with their sweaters. These interactive touches just added to the fun while watching Westminster School’s “The Taming of the Shrew,” making it an enjoyable evening for all. 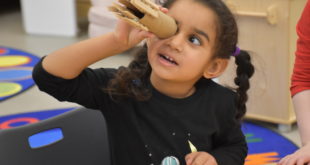 5 Reasons to Consider BASIS Independent McLean for Your Child 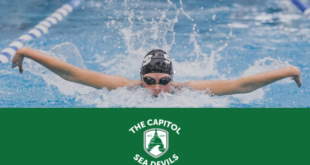 The Capitol Sea Devils: A History of Performance in The Pool