The Lego Kids Fest 2013 tour made one of only seven stops at the Richmond, VA convention center over the weekend of February 15th – 17th and I was one of the lucky parents to get tickets to this highly sought after event.

I loaded up my 5 and 2 year old boys along with my mom for support and hit the road for the sold out 3pm Saturday afternoon session.  Traffic on 95 was remarkably smooth until we hit the exit ramp where we sat for almost 40 minutes waiting to go about 5 blocks.  The creeping line of traffic with license plates from states within a couple hundred miles was our first indication of how well attended this event would be.

The hunt for parking was our second.  From that point forward we were part of a sea of kids and parents but the intense fun factor far outweighed any negatives of the big crowd.

Upon entering the sprawling convention hall, I could tell right away that my two year old was overwhelmed and my 5 year old was stunned.  Quite frankly I shared some of both of those feelings myself.  We decided to make a quick dash to the bathroom at the beginning since we could tell the fantastic Lego sculptures and vast array of fun looking displays were going to mesmerize us for quite some time and we didn’t want to be distracted by the call of nature.

After the pit stop we began what we intended to be a quick lap around the hall to get the lay of the land.  The fault with that plan was that there was waaay too much cool stuff to look at and talk about and touch and try for us to just walk right by.

Try as we might to keep moving on our first lap, we repeatedly got sucked into gazing into the intricate cased displays.  We also spent an unexpectedly long time in an area where attendees were encouraged to work at any of a couple dozen build tables, each of which was continuously replenished with Legos, to build whatever structure their capricious spirit urged.

Each creation was then handed over to Lego staff members who bustled about assembling the individual creations into one gigantic amalgamated structure that constantly grew and evolved like some kind of organic city.  Since we were there at about the half-way point of the weekend, I can only imagine what a monstrous world grew from the thousands of individual creations.

We began to realize the folly of our “quick lap” plan and decided to heed our 5 year olds suggestion to stop in at the reading area.  Turns out he made a great choice.  The soft rug on the floor and comfy bean bags chairs provided a nice place to stretch out while he selected books from the miniature library of Lego literature.  Upon reading each book, he could return it for another until he had his fill.  Several books later we were ready to go back for another walk about.

Both boys had a blast checking out the full scale sculptures of the Incredible Hulk, Lightnin’ McQueen, Chewbacca and Harry Potter cast (among others), all of which were made entirely of “bricks.”  We then spent a brief time in the Duplo section before heading off to gaze at more display cases.

We planned to hit the gift shop area next but upon seeing the massive lines at the cash registers, we opted to hang out in an area dedicated to building wheeled vehicles and racing them down any of a dozen or so ramps.

Like the growing-city area mentioned earlier, this area offered what seemed like an endless number of build tables all stocked with various wheels, tires and vehicle parts.  As could be expected when hastily built vehicles careen down a ramp, dead-ending in a pit, most of the vehicles exploded into irreparable fragments. These various parts were steadily gather up by staff and redistributed to the tables for an endless loop of build-race-crash repeat.

With dinner time approaching, an obviously tired pair of brothers and a long drive home ahead of us, we grabbed a couple of hot dogs for the road, hit the bathrooms once more then waved good bye.  I don’t know how long it will be before this event comes close to our area again but if you see it coming, jump on the tickets.  You won’t regret it.

Stephen Craig is a father of three boys

for Chemetrics Inc., and enjoys spending

time with his wife and boys, mountain 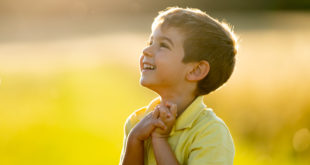