“Cecily Cicada” is Back

Patsy Helmetag and her daughter Kita Helmetag Murdock wrote the book “Cecily Cicada” in 2004 to help kids face their fears of the winged insects emerging from the soil. Their book sold thousands of copies in the D.C. area that summer. At the time, the mother-daughter duo wrote it together in the District — now, Patsy lives in Annapolis and Kita’s in Colorado, where she works as a teacher.

This spring, those cicadas are coming again. So, the mother-daughter duo reissued the book with new illustrations just in time for the return of Brood X. Washington FAMILY sat down with Helmetag to learn more.

Q: What made you first want to write a book about cicadas?

A: Kita and I were on a road trip from the D.C. area down to North Carolina to visit her sister, my daughter. She was telling me how her 2-year-old Eevee was terrified of bugs. The cicadas were coming, and she couldn’t find a children’s book about them. I said, “We’ve got an eight-hour drive, why don’t we write one?” She got a Cheerios box that was in the backseat and ripped it apart, and we wrote the beginning of “Cecily Cicada.” The cicadas were coming out in a couple of weeks, so we had to really step on it. So, I did probably 15 drawings in about two weeks.

Q: What has the response been from parents who’s children had similar fears that your granddaughter had?

A: It’s really been great. I’ve even had adults say this book has helped them and that when they see a cicada, they call them Cecily. I hope it’s eased a lot of children’s fears, and I think it has. Even Eevee, when I saw her little preschool group in D.C., each of them had cicadas on their fingers and talking about them, so she really did get over that fear.

Q: What has it been like to write with your daughter over the years?

A: Honestly, it was just a fun thing for us to do. We figured we’d redo it when the cicadas came back during the peak year. I have since written three other children’s books, and I never thought that was something I’d do, but I love doing it. Kita is also a YA author and has published a couple of children’s books.

Q: What is different in this new edition?

A: In the original, there were male cicadas singing as a barbershop quartet, but we decided kids today couldn’t relate to that. We’ve changed it so that it’s a boy band. Another thing is at the end of the original, Kita wrote a letter. This time, we’ve included an updated letter, saying that little 2-year-old Edie is now a 19-year-old in college. The years have really flown by!

Q: What were your goals when updating the illustrations?

A: I think making it brighter. But it’s really true to the original — all the drawings are essentially like the original ones. The original book was more hand-done, but this one I did with [the design app] Procreate. It’s a bit more sophisticated, and we’re really happy with it.

Q: What do you most want kids who are scared of cicadas to know — or maybe even parents who are a little creeped out by them?

A: They’re harmless to anything but a fruit tree, and they’re a real boon to the wildlife that eats them. I know they can be overwhelming and gross people out, and I’ve been there when they’re out in swarms. But I sort of feel like, they’ve spent 17 years underground — they deserve their moment in the sun.

Previous Why You Should Let Your Kids Play in Puddles
Next Make This: DIY Sugar Scrub and Whipped Body Butter 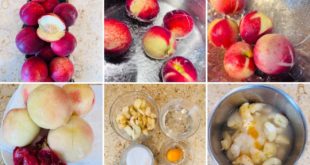 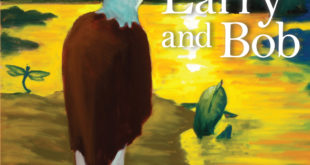