Weaving simple rhymes and a collection of curated illustrations into a captivating picture tale, the new children’s book “Not So Different” encourages readers to embrace their own differences and unapologetically celebrate the uniqueness of others.

“I want this book to create a space where children can talk about their differences and they can point out differences with their friends, their peers and their families,” says first-time author Cyana Riley, who lives in Maryland with her family.

A former preschool teacher, Riley developed her passion for writing at a young age. She enjoyed writing poetry and frequently contributed to her school’s newspaper. Now, as a mother of two, her primary literary goal is to include and uplift the voices of minority children within the world of books. “I definitely want them to feel proud and confident about being represented in a children’s book,” she says.

“Not So Different” follows a young boy as he engages in conversations with his six friends about their diversity. Riley brainstormed the plot for three years, when she was pregnant with her son. She took inspiration from the diversity within her own family, specifically from her interracial marriage and her biracial children, to craft the book’s larger theme.

“I wanted to create something where my children could see their family structure in a book,” she says.

The entire creative process for Riley’s book took place over several years but her actual writing process lasted for less than a month. She says the writing process was both smooth and natural, especially because the story itself was deeply personal.

“Not So Different” features illustrations by Anastasia Kanavaliuk, a college student who lives in Belarus. Riley describes Kanavaliuk’s illustrations as “whimsical, soft and inviting” and overall, a perfect fit for her book and story.

As for the main takeaway message, Riley explains that it relates to her larger themes of acceptance and kindness.

“I want children to walk away knowing and feeling like they are more comfortable being friends with people no matter what they look like and no matter the differences,” she says. “And that’s the big theme of the book: celebrating your differences, celebrating diversity and it being OK.”

“Not So Different” can be purchased and reviewed at notsodifferentbook.com 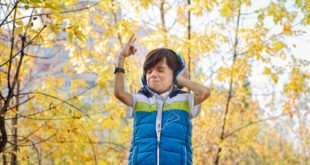 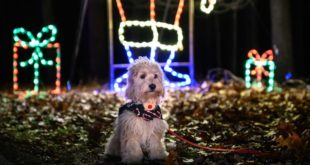 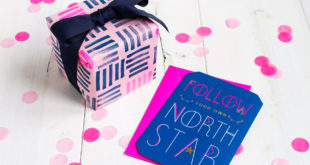