12 Children’s Books About Art and Creativity

Some people use their creativity to rebel against bullies, some use it to avoid bedtime. From molding clay to trying stand-up, these 12 children’s books about art, music and creativity, featuring characters engaging in a wide-range of activities and situations, will spark plenty of imagination in readers of all ages. “Play with Clay” by Jenny Pinkerton
A blob of clay becomes a ball, a snake, a flower and more as it gets smushed and coiled and played with in this fun board book.

“Friday Night Wrestlefest” by JF Fox; illustrated by Micah Player
Bedtime has never been as much fun as this playful wrestling match between Dangerous Daddoo and his kids Peanut Brother and Jellyfish. Things really get going when Mama-Rama and Big Bald Baby enter the ring.

“Pitter Pattern” by Joyce Hesselberth
Lu notices patterns everywhere she goes — from the diamonds on the wallpaper to the notes in a song. Young readers will love looking through the illustrations to see all the patterns they can find, too. “Rafi and Rosi Music” by Lulu Delacre
Even though they’re tree frogs, Rafi and Rosi still deal with normal sibling tensions. Luckily their shared love of Puerto Rico’s music and dances gives them common ground in their relationship.

“Beautiful Shades of Brown: The Art of Laura Wheeler Waring” by Nancy Churnin and Felicia Marshall
Growing up, Laura didn’t see many paintings of people who looked like her. When she became an artist, she spent hours mixing different shades of browns to use in her paintings. Pair this book with a trip to the National Portrait Gallery to see her work in person.

“Vera Vance: Comics Star” by Claudia Mills; illustrated by Grace Zong
Vera loves her after-school program about making comics, but her mother isn’t sure of its educational value. Although Vera has a hard time saying what she wants, she finds her voice in the comics she creates.

“The Boy Who Became a Dragon” by Jim Di Bartolo
This graphic novel biography is a great introduction to martial artist and movie star Bruce Lee. A child actor, he was known for getting into fights until he enrolled in martial arts school. He combined his talents for a successful career until his early death.

“Me and Banksy” by Tanya Lloyd Kyi
Dominca’s school has a new state-of-the-art security system, but someone is leaking footage online to embarrass students. When the teachers don’t seem overly concerned, Dominica and her friends launch a Banksy-inspired protest while searching out the bully. “The Plain Janes” by Cecil Castellucci; illustrated by Jim Rugg
After moving to the suburbs, Jane befriends several other girls with the same name and they start a guerrilla art group to change their lives and town. This reissue combines the original 2007 release, 2008’s “Janes in Love” and a brand-new story.

“Crying Laughing” by Lance Rubin
Winnie knows she’s funny, but after a disastrous stand-up set at her bat mitzvah, she’s given up performing. She reconsiders her stance when asked to join the school improv team, finding a place to laugh when other aspects of her life start to spin out of control.

“Playlist: The Rebels and Revolutionaries of Sound” by James Rhodes; illustrated by Martin O’Neill
A classical pianist, Rhodes introduces readers to composers and music that may initially seem dull, showing how they lived their lives like rock-stars and how their work laid the musical foundations for everything that came after.

This article originally appeared in the March 2020 issue of Washington FAMILY. 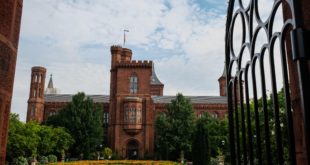 Weekend Fun: The Best Family Events Around DC (Sept. 18-20) Visit the Smithsonian, enjoy a fall festival, and have a fun Dino-Day 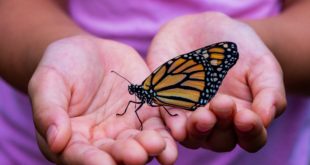 Weekend Fun: The Best Family Events Around DC (Sept. 11-13) Dance the week away, watch fireworks from your car or catch "Moana" on a really big screen 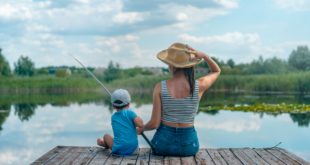