Arms Around Both Generations: Caring for Teens and Aging Parents

Juggling the demands and learning curve of blossoming adolescents is tough, but just what if this process prepared parents for handling their own aging parents? Understanding where similarities lie between teens and aging parents puts a new twist on the popular theme of feeling “sandwiched” between these two lovable but stretching generations.

Family therapist Colleen O’Grady, the author of “Dial Down the Drama,” says there are similarities between teens and aging parents and that “skills you learn from raising teenagers are helpful.” She offers valuable encouragement needed for dealing with both in her simple admonition, “Remember, it’s not personal.”

Though her book focuses on teenage girls, her mantra of not getting pulled into the drama is at the heart of her family counseling strategy, a message she was privileged to share onstage in her TEDx Talk last year. Not getting sucked into the drama, she says, is equally critical for adult
children in their relationship with aging parents.

Observation
Watching teens’ nonverbal signals grows increasingly important because often, many things go unsaid, simmering below the surface. Noting expressions, the way they walk through the front door or hastily leave the dinner table offer clues to what’s going on.

Similarly, there’s a lot to be learned from watching aging parents. How’s their driving? Do they struggle with balance or basic housekeeping?

Instead of badgering them, approach the issue you’ve detected with open-ended questions, O’Grady advises, such as, “Is it hard keeping up with the housework?” instead of threatening, leading questions like, “You can’t clean the house by yourself, don’t you agree?”

O’Grady says, “When you listen, most of the time you will hear an opening for advice.”
In “How to Care for the Emotional Needs of the Elderly,” Frances Evesham identifies the core needs of an elderly person, including that of engaging in pleasurable activities. Just as one would for a teen, take steps to support an aging parent’s areas of interest. Being watchful and observant is the first step in offering solutions, so, she says, “Take time to listen carefully to an elderly person.”

Evesham advises that if your aging parent loves reading, for example, but is struggling with seeing the text, consider buying large-print editions. The take-away: Do what is possible to maintain their dignity and independence so they can continue doing what they love.

Intervention
Knowing when to intervene requires discernment. Sometimes parents have to be reminded that their teens deserve respect; aging parents deserve no less.

O’Grady sheds light on where the “drama” comes from, explaining that aging parents can spend a majority of their days in the limbic system of their brain, i.e., the reactive part. Prompted by fears of losing control, their independence or their dignity, fear of the future, among other things, makes aging parents prone to “a plethora of negative emotions — especially anxiety.” The brain, she continues, goes “off-line” from the higher brain — the cerebral cortex, which is the big-picture, problem-solving part of the brain — and instead lodges in the limbic system, the reactionary part.
Likewise, teens often tend to live in the brain’s reactive limbic system, but unlike their grandparents, they do so because their pre-frontal cortex, responsible for cognitive behavior, is still in the process of development.

The poor judgment and reasoning piece is where LuAnne Smith, geriatric care manager and elder care consultant, sees similarities between teens and seniors. “However, the sad difference is that we expect our teenagers to ‘get better’ while our elderly parents continue to decline and eventually pass on,” Smith says.

Even when there’s no dementia, O’Grady says cognitive decline is common in the elderly, so they will typically get emotionally flooded and react quickly, seeing events in the extreme.
It’s a struggle to demonstrate our sincere care for aging parents without making them feel like they’re being shadowed.

This sage advice is reminiscent of counsel given to parents regarding their teens, to give them space to live their own lives. Barring medical problems, this learned posture conveniently provides adult children with a useful template for caring for aging parents.

Previous Making Halloween Safe and Fun for Kids with Food Allergies
Next Fall for These 5 D.C.-Area October Festivals 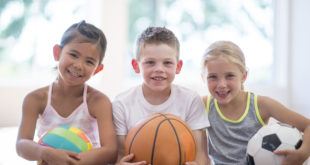 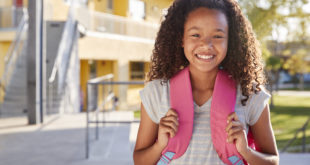 The New School Year ⁠— It’s Here, And We Are Adjusting 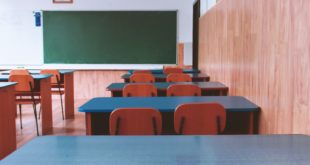 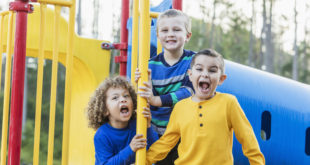 As school commences and kids enjoy the organized chaos on the playground at recess, you’re …