With the new school year here, kids may feel varying degrees of uneasiness. The change of environment could bring heightened emotion and perhaps, a temptation to run and hide. For kids to successfully handle the big things in life down the road, they need the tools and encouragement to stand tall and face their fears. The learning needs to start early just as it should happen gradually so that children can eventually come to hold themselves with self-reliance and confidence. Knowing that their children could face hard, scary situations can be upsetting to parents because they won’t be there, to buffer challenges, hardship and disappointment. Middle school coach Amy Gillespie tells parents that if their athlete suffers a slump this year and isn’t playing well, to expect a good coach to bench them. “This time in your kid’s life will be incredibly instructive,” Gillespie predicts, who coaches girls volleyball and softball. She advises parents to challenge their athlete not to buckle with defeat but instead, to hustle. Be the first at practice, the last to leave. Show the coach it doesn’t matter if you’re a starter or coming off the bench, that you love the game and that you’ll do anything for the team.

Sports, Gillespie believes, offer many life lessons. Parents should seek ways to encourage perseverance because their child will be a better person on the other side of the struggle.

Gayle Kamen-Weinstein, who conducts a peer mediation program at various schools, urges parents to teach kids responses to hard situations. “One of the key points to dealing with conflicts is to become an active bystander. That means not passively standing by, perhaps using a cell phone to record, but to be brave to step in to help problem-solve or seek help from an adult. This strategy empowers kids and gives them skills they can use on a daily basis.” She offered an example, telling how she once sat waiting after school for her daughter. When finally arrived, breathless and apologetic, she explained there was a fight in the hallway and she had run for help. Kamen-Weinstein says, “That is what we can do for children. Learn to stand up for
themselves and others around them.”

A new learning environment can be more stressful for parents than for children, acknowledges Matt Evers, founder of Primrose School. Evers tells parents new to their community, which offers daycare, preschool, before/after-care, Pre-K and Kindergarten classes that leaving their child behind will be harder on them than the child. While mom and dad may worry all day, the child will dry their tears and start playing with new friends. “From an early age, when a child faces a challenging situation, they are able to begin learning how to cope, adapt and overcome,” Evers says.

One way to reduce tension and build a comforting environment for families is to prioritize a consistent rhythm to each school day. “Our daily routines help to calm fears because the kids know what to expect,” Evers says. Overall, the schools’ small, kid-friendly scale serves to alleviate a child’s angst. “Just as a child crawls before walking, there’s benefit for a child to ease into the school environment by first experiencing it on a smaller scale,” Evers explains.

Previous Tune In, Get Smart
Next Reaction Time 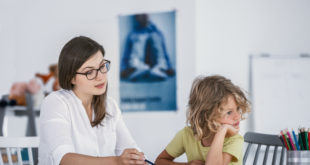 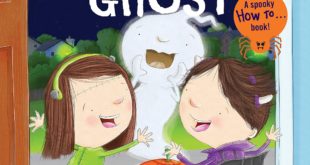 Halloween icons like ghosts, goblins and witches don’t always have to be scary! These family-friendly …