Just as cigarette smoking drops to its lowest level in years, e-cigarette use, aka “vaping,” is exploding among middle and high school students. In fact, according to the 2017 National Youth Tobacco Survey by the Centers for Disease Control and Prevention, e-cigarettes were the most commonly used tobacco product among both high school (11.7 percent) and middle school students (3.3 percent) in 2017. Teens may blow off the trend as harmless, but experts think otherwise.

“It’s important to understand that  this is a drug delivery system. In  some ways, calling it ‘vaping’ almost makes it sound benign and not dangerous,” says Dr. Stephen Thornton, a medical toxicologist and emergency room physician.

What are e-cigarettes? Initially marketed as smoking cessation devices, e-cigarettes are electronic nicotine delivery systems that use lithium-ion battery operated devices to heat up and vaporize a flavored, liquid solution called e-juice. The user then inhales the vaporized solution.

What’s in the e-juice? The e-juice usually contains nicotine extract, which is mixed with propylene glycol (typically used in inhalers) and flavorings, like mint, fruit loops, gummy bears and passion fruit.

Since solutions aren’t currently regulated by the FDA, buyers have no way of knowing how much nicotine is in a product, including those that claim to contain zero nicotine.

“Right now many manufacturers are putting whatever they want in it, including potentially harmful chemicals,” says Jamie Katz,  a youth drug and alcohol  prevention coordinator.

What are the risks? Chemicals found in e-cigarette vapor include aldehydes (formaldehyde, acetaldehyde, acrolein and acetone), diacetyl (a highly toxic chemical linked to lung disease), volatile organic compounds found in car exhaust and heavy metals like nickel, lead and chromium.

“Unfortunately, we still need more time to know exactly what kind of short- and long-term problems you’re going to get from exposure to these chemicals,” Thornton says. “Some products are probably safe if you eat or drink them, but once you start inhaling them into the lungs and you start vaporizing them, it changes the dynamics.”

In the short-term, users may be more prone to viral infections in the lungs and asthmatic types of reactions. Hospitals are also treating more people with traumatic injuries related to the devices exploding in their faces or in their pockets.

“I don’t think people appreciate how much power is in the devices in order to get the heat that vaporizes the solution,” Thornton says. “If you think about it, you’re holding up a grenade to your face and if it goes off, that’s going to be a very bad story.”

What’s the appeal? According to Katz, kids think vaping is cool, healthier than smoking cigarettes and a stress reliever.

Leaving no odors other than a light, fruity scent, e-cigarettes are easy to conceal in a pocket or purse. They  often resemble pens or USB flash drives, like Juul, which is especially popular among kids.

Vape “cloud chasing” competitions featured online, in which people blow clouds and do tricks with e-cigarettes add to the attraction.

The real concerning question is: Are vaping products creating a new generation of addicts? With candy flavored solutions and labels like Unicorn Milk, Cotton Candy and Zombie Juice, many experts believe that e-cig marketers are specifically targeting kids.

“I doubt there are many 45-year-old guys out there who say, ‘Man, I really need to have my spearmint bubble gum vape today,’” Thornton says.

A Juul e-cigarette pod contains  59 milligrams of nicotine per milliliter of liquid, which the manufacturer says is equivalent to the amount of nicotine in a pack of cigarettes.

“On a milligram per milligram basis, nicotine is ten times more potent than heroin,” Kufeldt says. “Kids will tell me they think they actually smoke more with e-cigarettes than with a traditional cigarette because they can use more often throughout the day.”

Research suggests that teens who vape are more likely to smoke cigarettes later. Many users also vape substances like synthetic cannabinoids, fentanyl, Xanax and marijuana, especially because some believe the smell is  less noticeable.

Talk to your kids. Promote a healthy lifestyle, discuss the harmful effects  of addictive substances on the body, and talk about healthier ways to manage stress.

“Parents can influence their kids’ decision to vape,” Katz says. “Talk to your children about your expectations and why you don’t want them to use e-cigarettes. You can expect them to live tobacco free.”

Juuling, which essentially means vaping, is the newest trend on the teen block. It was coined after the popular Juul e-cigarette, which has a sleeker and more discreet design than the usual e-cigarette. Often resembling USB flash drives, these e-cigs are easier to conceal at home and school, which makes them a desirable choice among students.

In fact, Nielsen data shows that as of March ’18, Juul made up 54.6 percent of all e-cigarette retail market sales in the U.S. — a little concerning when you consider that one Juul pod contains as much nicotine as one pack of cigarettes.

Christa Melnyk Hines is a nationally published freelance journalist and author. She and her husband are the parents of two middle school-aged sons. Her latest book is “Happy, Healthy & Hyperconnected: Raise a Thoughtful Communicator in  a Digital World.”

Washington FAMILY Staff
Previous HPV and Throat Cancer in Men: How Vaccines Can Help
Next Summer Weight Gain in Kids 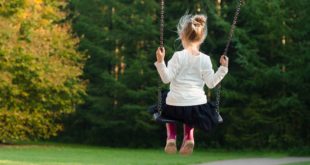 Logging Out of Distance Learning When her young children struggled with virtual school this spring, one local mom decided to prioritize their happiness instead 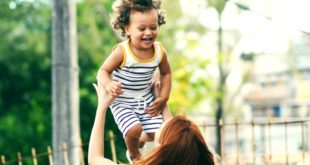 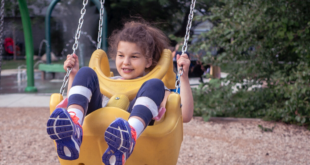 Jamie Davis Smith on Raising a Child With Disabilities The D.C. mom's 13-year-old daughter has significant medical and support needs