Pokémon Go and Your Privacy: What You Need to Know

Whether you’re part of the craze, or simply watching from the sidelines, it’s no secret that Pokémon Go has swooped in and taken the world by storm. It might be surprising to some, but children under 18 aren’t the only ones playing Pokémon Go. In fact, this mobile game has been an overnight sensation with people from all age ranges, with more than 40% of adult players being over the age of 25. The app uses your smartphone’s camera and GPS to create an augmented reality, bringing characters from the popular anime series to life as players walk their own streets, tracking creatures down at churches and historical landmarks as well as in their own backyards.

Any time a technological phenomenon like this hits, there are naturally many questions people might have about what potential risks it poses. There have been many reports on the physical dangers of Pokémon Go, such as accidental injury due to not paying attention, as well as the risk for dangerous criminals to use the app’s “lure” feature to literally lure unsuspecting victims to a secluded spot and rob them. But what risks does this app pose to your virtual privacy?

What kind of data access does Pokémon Go request?

Like almost any app you download to your smartphone, Pokémon Go requires certain “permissions” to access data and features within your phone. The game depends on being able to use your GPS location, which means in order to play it successfully, you must have GPS tracking enabled. Additionally, the game also accesses your camera — although it’s possible to turn that off. One issue many people have had is the ability for players to sign into the game via their Google account, and what type of access that grants the game. This was heightened when, during the initial launch of the game, iOS users were reportedly required to give the app full access to their Google accounts (Android users did not experience this glitch). Although this has been revealed as a simple permissions issue and was quickly fixed by Niantic, the game’s developer, it still drew concern. Niantic assured users that only basic Google profile data is accessed, such as your email. Those concerned about this potential privacy invasion can also create an account with the Pokémon Trainer Club to sign in.

It is worrisome that so many people were willing to grant access to their Google accounts in order to play a game without taking a step back to think about what they were doing, but it’s certainly not new behavior. Pokémon Go is just one app among hundreds of thousands out there, and there is potential for any app to expose your privacy if you aren’t careful. It’s tempting to bypass or ignore the screen that comes up when you try to install an app which shows what permissions the app requires. However, doing so means you could miss something sinister, such as a calculator app that needs access to your exact location at all times. Carefully read the list of permissions before installing a new app, and consider whether you can opt out of certain permissions to protect your privacy.

It’s also vital to ensure that you are installing the right app. While Pokémon Go was released in the U.S. immediately, not every country had the same luxury, and people were downloading third-party versions of the app in order to play. Unfortunately, these fake apps are often a vehicle for malware to be installed onto your mobile device. You might be tempted to just download the first app that pops up when you do a search, but it’s imperative to pay attention and make sure you’re getting the right one. One way to ensure you’re getting the right app is to visit the app developer’s website first and click on the link to download in the Google Play or Apple store from there. If you do decide to download via your app store, checking the user reviews as well as verifying the creator of an app you want to downlod can also tip you off as to whether you’re dealing with a fraud or the real deal.

Parents should talk to their children about safe playing

Whether you’re planning to play with them or not, if your youngster has caught Pokémon fever, it’s important to make sure you talk to them about all of the potential risks involved — and not just the physical ones. Beyond making sure their privacy is kept safe during the signup process and ensuring they download the correct app, it’s also necessary to talk to them about the dangers of using public Wi-Fi when they are out and about on Pokémon hunting adventures. Although at present there aren’t any features that let players communicate through the game with one another, there’s potential for these to be implemented in the future, so you should also be sure to talk to them about what information they should never give to strangers online and steering clear from clicking links anyone sends them while chatting. One of the best ways to make sure your kids are making smart decisions and playing it safe while using this app is to join them — even if you don’t play yourself, a walk through the neighborhood together is great family bonding time.

New technology can be intimidating, but understanding the risks as well as knowing how to protect your privacy and security in general is one of the best ways to keep yourself and your loved ones safe. 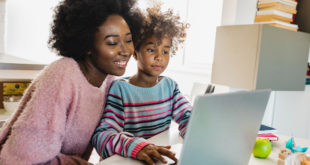 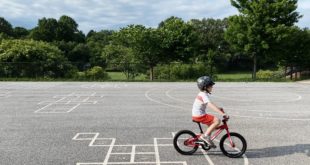 Editor’s Letter: Into the Unknown Like most parents I know, I'm panicking about the upcoming school year 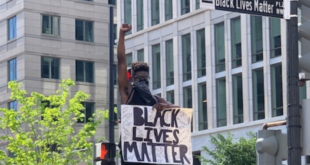