April is Autism Awareness Month, an ideal time to share books about and written by members of the autistic community.

Here are 15 children’s books about autism and related disorders recommended by our friends at DC Public Library. 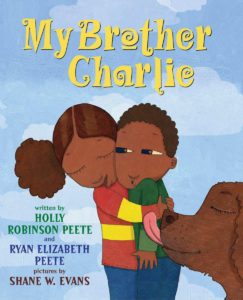 “My Brother Charlie”
By Holly Robinson Peete and Ryan Elizabeth Peete, illustrated by Shane W. Evans
This story, co-written by a mother and daughter about their real-life experiences, is told from the point of view of Charlie’s sister, Callie. The book celebrates all the things she loves about her twin brother with autism and some of the differences in the ways they experience the world.

“A Friend for Henry”
By Jenn Bailey, illustrated by Mika Song
Henry wants what every child wants: a friend that fits him just right. The story explains Henry’s sensory issues in simple text, and the search for a friend is relatable for everyone.

“Too Sticky! Sensory Issues with Autism”
By Jen Malia, illustrated by Joanne Lew-Vriethoff
Our only selection that also includes a slime recipe, this book explores how a young student handles her sensory issues at school.

“My Rainbow”
By Trinity and DeShannia Neal, illustrated by Art Twink
This true story describes a transgender child with autism, her loving family and her rainbow of curls. Readers will also learn about other aspects of the child’s life. 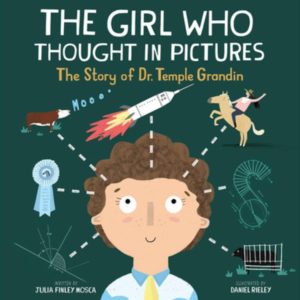 “The Girl Who Thought in Pictures: The Story of Dr. Temple Grandin”
By Julia Finley Mosca, illustrated by Daniel Rieley
Wonderful rhyming text makes this a fun and informative read about Dr. Temple Grandin’s journey, from a child who couldn’t speak to a world-renowned animal researcher.

“My Friend Has Autism”
By Kaitlyn Duling
Simple text shows young readers what autism might look like and how they can be sensitive to different needs.

“I See Things Differently: A First Look at Autism”
By Pat Thomas, illustrated by Claire Keay
Written by a psychotherapist and counselor, this work introduces younger readers to autism. 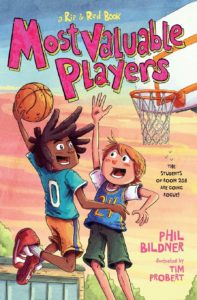 “Most Valuable Players”
By Phil Bildner, illustrations by Tim Probert
Rip and his best friend Red, who has autism, are nearing fifth-grade graduation and a high-stakes basketball game in the fourth book in Bildner’s Rip & Red series.

“Rules”
By Cynthia Lord
Twelve-year-old Catherine has a complicated relationship with her younger brother and a healthy dose of pre-teen angst in this realistic portrayal of family, friendship and understanding autism.

“It’s Not Destiny: An Abby Story”
By Kelsey Abrams, illustrated by Jomike Tejido
Part of the Second Chance Ranch series, Abby Ramirez, a 10-year-old with autism, helps a German shepherd overcome its anxieties and her own fear of the ocean.

“A Boy Called Bat”
By Elana K. Arnold
Third-grader Bat often finds the world overwhelming, but he’s determined to care for a new friend, an orphaned baby skunk, when his mom brings it home. This heartwarming story is the first in a series.

“Marcelo in the Real World”
By Francisco X. Stork
Marcelo, a 17-year-old with Asperger’s syndrome, faces social and professional challenges when he takes on his first big summer job working in a mailroom at his father’s urging. The first-person narration helps us understand Marcelo’s experience of the world and makes his dilemmas that much more compelling.

“Same But Different: Teen Life on the Autism Express”
By Holly Robinson Peete, Ryan Elizabeth Peete and RJ Peete
Teen versions of their characters from “My Brother Charlie,” based on siblings and co-authors Ryan Elizabeth and RJ Peete, tell what it’s like navigating high school as the sibling with and without autism in alternating chapters.

“The State of Grace”
By Rachael Lucas
A teen girl with Asperger’s syndrome navigates crushes, family problems and school accommodations in this sweet coming-of-age story.

“The Reason I Jump: The Inner Voice of a Thirteen-Year-Old Boy With Autism”
By Naoki Higashida
Translated from Japanese, this first-person account details what a teen with autism thinks and feels, and how he navigates a complex world.

This story first appeared in our April 2021 issue.